Usher syndrome is a genetic disorder and is inherited in an ‘autosomal recessive’ manner. Basic inheritance genetics tells us that: 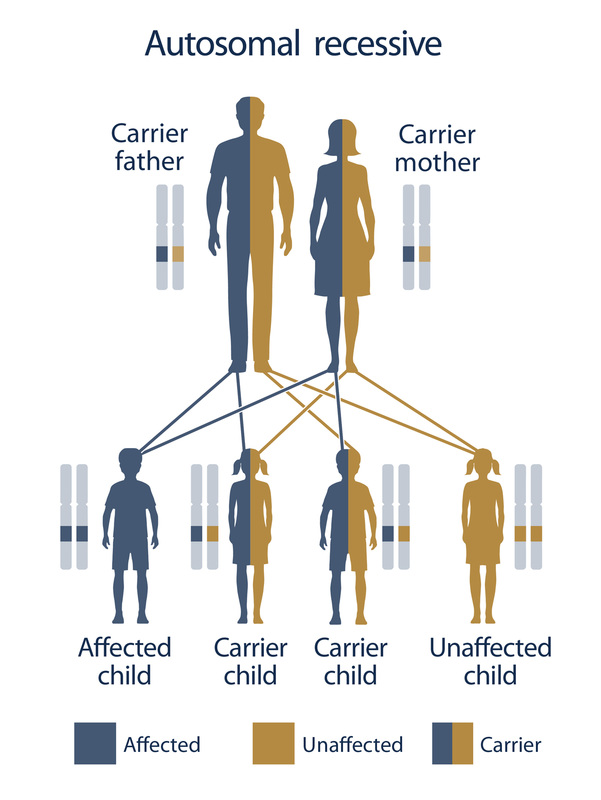 A genetic test involves looking at a patient's DNA to see if there are any mutations present.  It involves taking either a blood sample or saliva swab from the patient which is then analysed in a laboratory.  Genetic tests are important because they allow doctors to predict how severe the condition might become and what other symptoms can be expected. It also enables the research community to better understand the genetics of Usher syndrome, and may be useful in identifying gene-specific treatment options in the future.