​STRUCTURE AND FUNCTION OF THE EYE 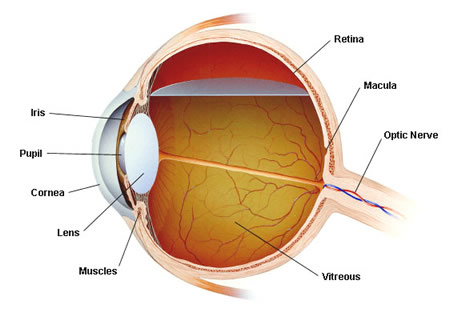 The eye consists of several parts that are somewhat similar to a camera
The pupil constricts in response to bright light and dilates in low levels of light.
​THE USHER SYNDROME EYE:
The eye condition those with Usher syndrome suffer with is Retinitis Pigmentosa (RP). RP is caused by a degeneration of the cells at the back of the eye reducing the persons ability to see in dark conditions, along with a narrowing of the field of vision. You can read more about RP in the next section RETINITIS PIGMENTOSA.